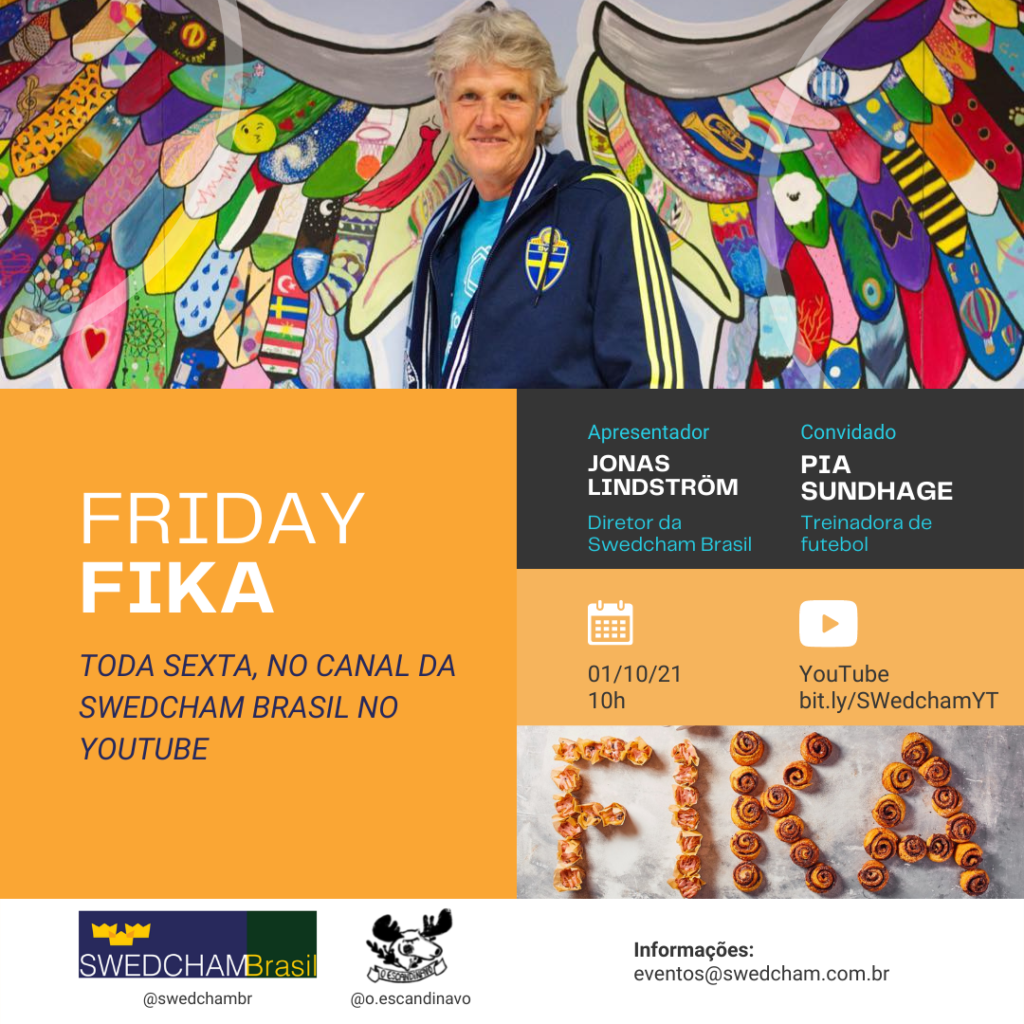 We are very pleased and honored to have Pia Sundhage as our guest at our next Friday FIKA with Jonas.

Pia Sundhage is a Swedish football coach and former professional player. She is the current head coach of the Brazil women’s national football team. As a player, Pia became an icon of Swedish women’s football, retiring as the top scorer of the national team.

Pia was the head coach of the United States women’s national team from 2008 to 2012 and led the team to two Olympic gold medals and a silver medal at the World Cup. Her success granted her the FIFA World Coach of the Year award in 2012. Pia would go on to become the head coach of her native Sweden women’s national football team, winning an Olympic silver medal in 2016.

Pia will tell us about her career, her expectations for the Brazilian team as well as share her impressions of living in Brazil.

If you live in São Paulo, click here and order your own traditional Swedish Fika!

Friday FIKA, live every Friday at 10 am on Youtube!